Samanso was awarded a contract to supply solar powered street lighting systems for the city of Harare. The contract, which named Samansco as the principle supplier for these systems, was issued by media and advertising company Primemedia South Africa.
As the principle supplier; Samansco delivered 580 systems in the second quater of 2015. This number comes in out of a total of 4,100 systems that were regularly being delivered and installed to street lights throughout the city.

The entire system for the street lights comprises of solar panels, batteries, controllers and LED light fittings. Samansco’s contract with Primemedia is one of the largest in Sub-Saharan Africa for solar street lights and includes service level contract for all equipment supplied

The lights proved to be very efficient and effective for motorist who drove on the very busy roads of Harare. Samansco continues to supply solar street lights to various parts of Zimbabwe. 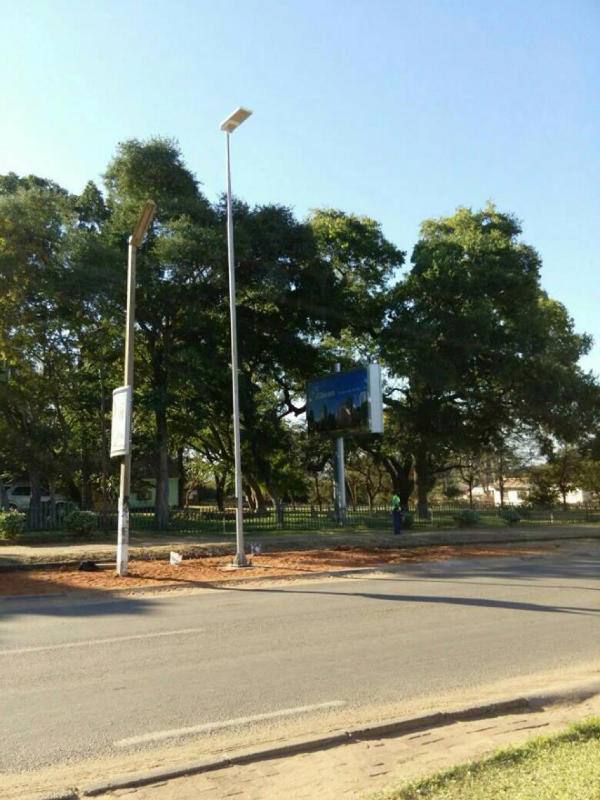 If you are new to the solar power industry and are interested in becoming an energy entrepreneur, solar installer or specialized retailer; or whether you are an established business looking to tap into the fast growing solar energy market place, the Samansco Sales Agent Program is the perfect opportunity for you! Since 1982 we have been responsible for training thousands of solar technicians and have supported many in becoming successful business owners in the solar energy industry. Join the Samansco Solar Agents (SSA) network today!